The History of Moto Guzzi

During WW I, two Italian Pilots and their Mechanic friend Carlo Guzzi decided to create a motorcycle company after the war.

With one of the Pilots having died shortly after the war, Moto Guzzi was officially created on 15 March 1921 by Carlo Guzzi, Giorgio Parodi, and Angelo Parodi, having received a loan from the Parodi brothers' father.

While being legally based in Genoa, the company headquarters were based in Mandello del Lario, on the shores of Lake Como, from day one.

From the beginning, Moto Guzzi’s logo – an eagle with spread wings – was adopted in commemoration of their dead friend, being identical to an Italian military pilot’s wing.

Carlo Guzzi’s designs of motorcycles with horizontal single cylinder engines were the backbone of the company’s success, both in racing and in sales, for the first 45 years of its existence, including pre- and post- WW II victories in the Isle of Man TT races.

By the time they withdrew from racing, Moto Guzzi had won 3,329 official races, 8 World Championships, 6 Constructors' Championships, and 11 TT victories.

During the post-war depression Guzzi survived by expanding into the market for inexpensive smaller cycles, from the Motoleggera to the Galletto (Cockerel) scooter, as well as three-wheeled commercial vehicles like the 500cc Ercole (Hercules), which, despite its small size, could carry a full 1500kg payload. Although rather modest cycles for a company of Guzzi’s pedigree, the lighter machines continued to feature their innovation and commitment to quality. 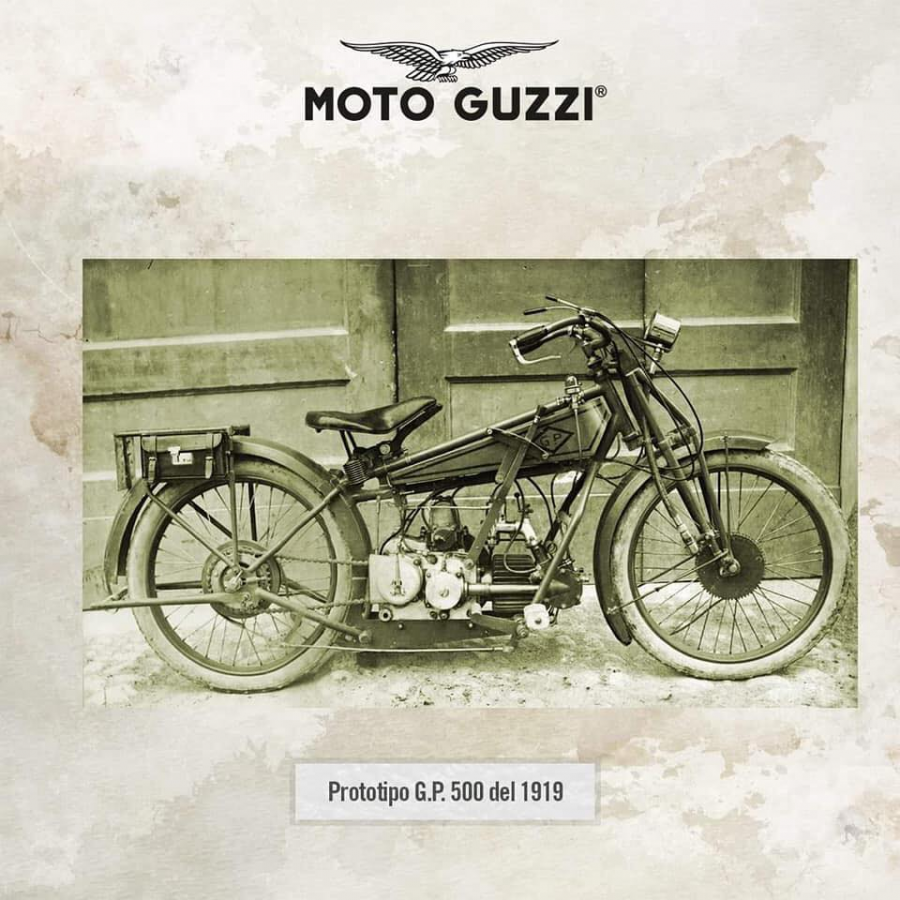 During the following years, the company focused on popular lightweight mopeds including the Dingo and Trotter, and the 125 cc Stornello (Starling) motorcycle. Guzzi also developed the 90° V twin engine during this time. It was initially designed by Giulio Cesare Carcano, the designer of the famous V8 Grand Prix racer, for the Fiat 500 in 500 and 650cc form. After Fiat pulled out of the project, it was uprated to 754cc and used in the Mulo Meccanico (Mechanical Donkey), a three-wheeled vehicle for the Italian Army Mountain Troops.

This is the engine that would later become iconic of Moto Guzzi. No other engine configuration has come to symbolize the company more than the air-cooled 90° V-Twin with a longitudinal crankshaft orientation and the engine's transverse cylinder heads projecting prominently on either side of the bike.

Despite initially presented to the public in 1965, due to the financial problems its motorcycle application only started in 1967 with a 700cc / 45HP version, designed to win a competition sponsored by the Italian government for a new police bike. Continuous development of this engine, especially by Lino Tonti for the 1971 V7 Sport, has led all the way to the Moto Guzzi V-Twins offered today. 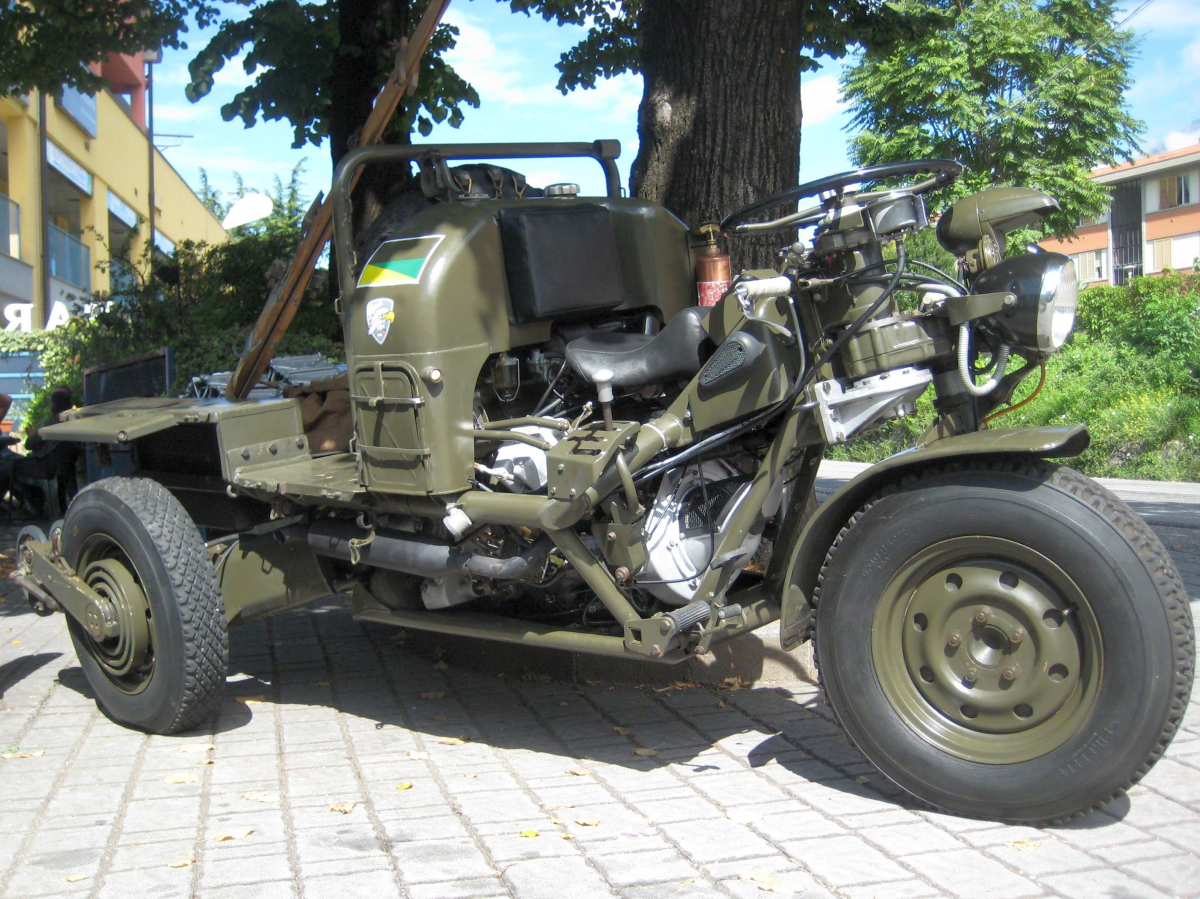 During the De Tomaso years Moto Guzzi returned to profitability, despite limited investment.

The 1976 release of the 850 Le Mans, a stylistic masterpiece that is still today considered one of the most iconic Italian superbikes, was an absolute marketing success and led to follow-on models being produced until well into the 1990’s.

In 1979, Lino Tonti designed a small-block version of the V-Twin engine that allowed a more efficient mass production, as well as a serious reduction in weight. These were initially conceived to beat the Italian taxation system, and started at 350cc, with another model of 500cc capacity. Over the years, they evolved into the engines used in V65’s, V75’s, Brevas, Nevadas, and modern-day V7’s. Even the engine in todays V85 can trace its heritage back to the original Tonti small-block design.

In the mid to late '80s some of these engines were also offered in a 4-valve version, but these were dropped again due to excessive reliability problems.

Another Guzzi invention during the 1970s was the 'Integrated Braking System', where one of the front discs is operated together with the rear one via the foot lever, delivering 70% of the brake force to the front wheel. This reduced both fork dive under braking, and also the braking distance, quite considerably – and once again cemented Guzzi’s position at the forefront of innovation and technological development.

In 1988, De Tomaso merged SEIMM and Benelli into G.B.M. Both brands had been selling identical, but ‘badge-engineered’ models like the Magnum and 250TS 2-stroke since the mid 1970s. Guzzi continued to exist as its own entity despite this merger in name, and by 1996 – the company’s 75th birthday – it could also celebrate the return of its own name, Moto Guzzi. 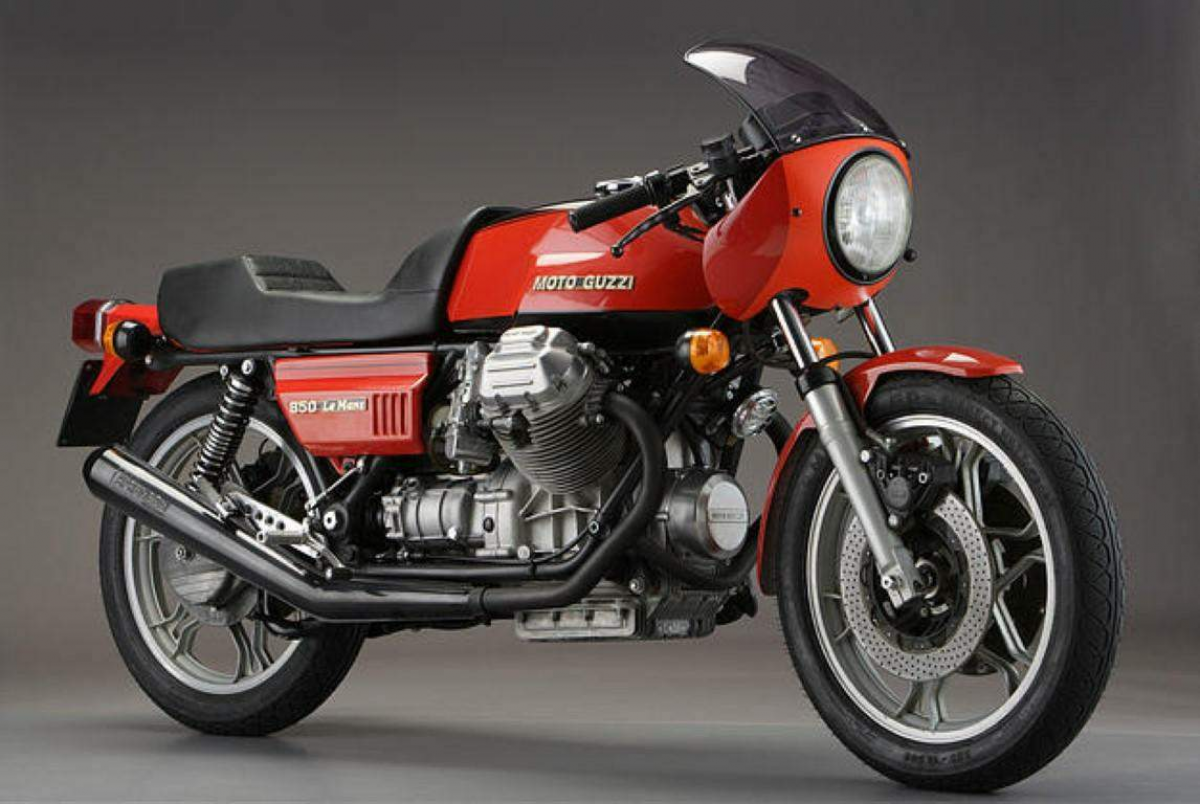 Once again struggling financially, Guzzi was bought by Aprilia in 2000 with the intent of making it profitable by sharing Aprilia’s technological and research knowledge, while continuing to produce their own unique products in Mandello del Lario. Aprilia also committed to a thorough renovation of the factory.

Unfortunately, Aprilia itself struggled financially shortly thereafter, and when Piaggio bought Aprilia in 2004 to remove competition for their scooter business, Moto Guzzi also changed hands as part of that package.

This has made Piaggio Europe’s largest motorcycle manufacturer, and has in a way brought Guzzi back to its origins as well – while today’s headquarters is in Pontedera, Genoa is both Moto Guzzi’s and Piaggio’s original administrative home town.

Luckily, Piaggio has continued to support Moto Guzzi, and today a large proportion of Piaggio’s profit actually comes from Guzzi – who, based on the investment into new bike designs from the V7 Classic to today’s V85TT and V100 Mandello, continue to thrive and celebrated it's 100th anniversary in 2021.

Moto Guzzistill produce bikes in the same factory where it all began in 1921, and despite some short periods of production stops due to financial troubles, that makes Moto Guzzi the oldest motorcycle manufacturer in the world which still produces in the same place where they started, and have done so without an official break in production.

Long may they continue! 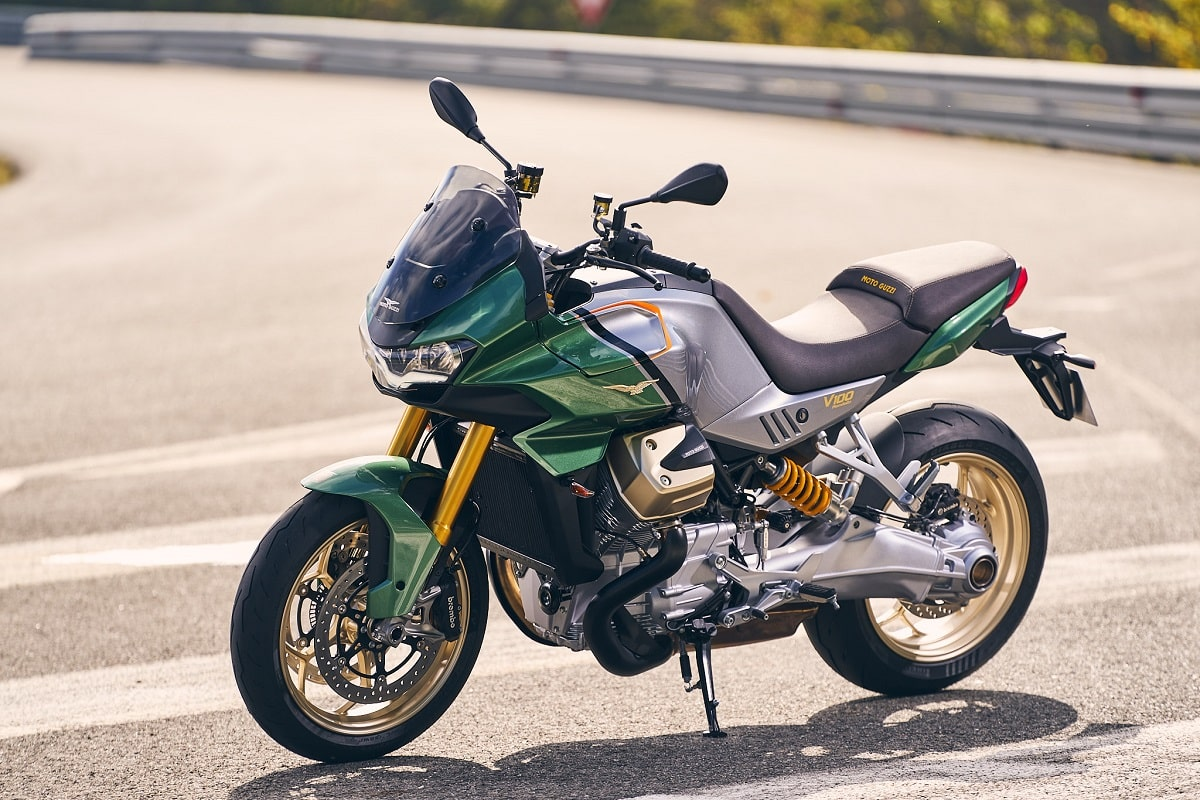